Blog at WordPress. Post to Cancel. By continuing to use this website, you agree to their use. Elizabeth Peters earned her Ph. She lives in a historic farmhouse in western Maryland. Chapter One Fire stained the night. The sky above the dying city was an obscene, unnatural crimson, as if the lifeblood of its people were pouring upward from a million wounds. As he fought through the inferno he missed death by inches not once but a dozen times.

The conquerors were already in the city. Another enemy army was closing in from the west; but the horde of refugees, of whom he was one, fought their way westward with a desperate, single-minded intent. Throughout history, always the barbarian hordes had come from the east. Unlike the others, he was not concerned with his own survival, except insofar as it was necessary in order to ensure the survival of something that meant more to him than his own life. 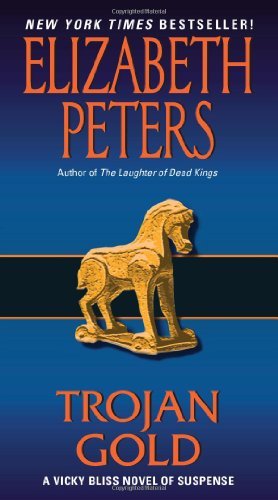 This city would fall to the barbarians as other imperial cities had fallen -- Rome, Constantinople -- and the battle and its aftermath would add more wreckage to the monstrous mound of shattered beauty -- dead children and mutilated women and torn flesh, burning books, headless statues, slashed paintings, shattered crystal One thing at least he would save.

How he would do it he did not know, but he never doubted he would succeed. He knew the city, knew every street and building, though many of the landmarks had vanished in pillars of whirling flame and heaps of smoldering rubble. He would get there first.

And in the lull between the flight of the vanquished and the triumph of the conquerors, he would find his chance. That's how I would begin if I were writing a thriller instead of a simple narrative of fact. 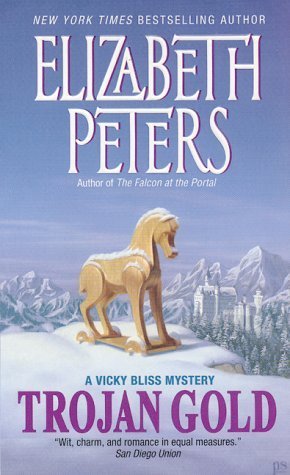 Exactly how he accomplished it will never be known; but it may have been something like that. I only wish my part of the story had started with such panache -- the death throes of a mighty metropolis, the fire and the blood and the terror What am I saying? Of course I don't really wish that. But I could wish for a slightly more dramatic start to this tale than a stupid petty argument with my boss's secretary over a stupid petty bit of office routine.

I love my work, and I don't really hate Mondays. I hated this Monday morning, though, because I had a hang-over. I am not a heavy drinker -- I know, that's what everybody says, but in my case it's true. I make it a rule not to overindulge, in any fashion, on a work night. There were reasons -- not good reasons, but reasons -- why I had broken the rule that Sunday.

They have no bearing on this story and they are nobody's business but my own. Suffice it to say that I was late to work and not happy to be there. If I had been in my normal sunny morning mood, I probably would not have overreacted when I saw what Gerda had done. Schmidt, director of the National Museum in Munich. The National is small but what's there is "cherce," to quote one of my favorite film characters.


The building and the basic collections had been contributed to the city back in the eighteen hundreds by a Bavarian nobleman who was as eccentric as he was filthy-rich, which is one of the reasons why our present collections are a bit unusual. For example, we have the most extensive collection of antique toys in Europe.

We have a gem room, a medieval-art section, and a costume room. The noble Graf von und zu Gefenstein also collected ladies' underwear, but we don't display that collection, fascinating as it is to students of costume.

At least the people who request access to it say they are students of costume. The point of all this, in case you are wondering, is that our staff isn't large. Although Gerda has the title of Secretary to the Director, she types all our letters and takes care of most of the office work for the staff. No problem for Gerda; she is inhumanly efficient. She is also very nosy. Since I was late, I wasn't surprised to see that Gerda had taken advantage of my tardiness to mess around with my things. I wasn't surprised, but I was irate. If I had told her once I had told her a hundred times to leave my desk alone.